Well, that wolf-like creature has now been identified as a Northern Rockies gray wolf, according to KBZK-TV in Bozeman.

Coming up on Tuesday's "Montana Talks" statewide radio show with Aaron Flint, we'll be joined by Robert Pfund with KXLO Radio in Lewistown to go over the latest info from FWP.

If you had to find a storybook photo of the big bad wolf from Little Red Riding Hood--this one definitely comes close. Check out this creature that was killed near Denton, Montana.

KXLO Radio has the photo, the story, and the audio interview with a Montana Fish Wildlife & Parks warden in Lewistown.

According to the interview, it sounds like they are describing the animal as a "wolf-like" animal because there is a chance that it may be a hybrid or a stray. FWP is awaiting DNA results in order to make a final determination.

See the full picture, below: 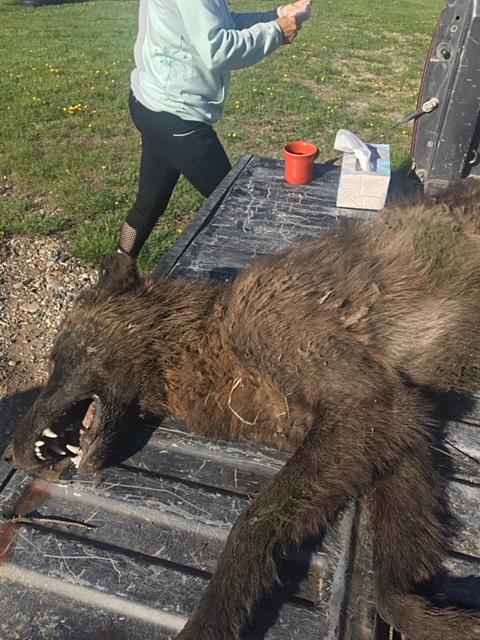